I joined the Army Air Forces (The Air Force didn’t become its’ own branch of the military until 1947) right out of high school. I signed up to be a tailgunner. The tailgunner was considered the most vulnerable spot on a B-29 bomber. In fact, the joke around base was that when the bomber returned to base they would just wash the tailgunner out of the plane with a hose.

I was dating Irene McGinn when I joined the military and we would write letters to each other every few days. As a side note we recently celebrated our 72nd wedding anniversary! At one point we were approached about a top secret mission that they were seeking 25 tailgunners to volunteer for. All that we were told was that the mission was critical to ending the war and that the volunteers would most likely not survive. I was 1 of the 25 men that stepped forward to become a member of “The Stripped Eagles”.

Once we volunteered we were informed that we could no longer communicate with anyone else due to the secrecy of the mission. So, Irene stopped receiving letters from me with no explanation.

Needless to say her mind was racing. The reason we were named “Stripped Eagles” is because the Bombers were stripped of any non-essential items in order to make them as light as possible. The mission was to drop “large scale” bombs over Japan. They didn’t refer to them as Atomic or Nuclear Bombs.

The military was unsure just how much damage each bomb would inflict so they had prepared 25 B-29 Bombers to carry out the attacks. As it turned out the bombs were extremely devastating and the Japanese surrendered before my plane was scheduled to make its’ run. The war was over.

I was able to return home and marry Irene, my high school sweetheart. Shortly thereafter we purchased our first home and it was in need of some repairs. I am extremely handy and I surely had the skills to perform all of the work myself, but with 3 jobs and a growing family I just didn’t have the time available. So, I hired a contractor to perform the work for me. The contractor took my money and then didn’t show up to do the job.

Fortunately I had 2 good friends that were cops so I went to the police station to explain what had happened. That afternoon the cops were at the contractor’s door and he was brought down to the station in handcuffs. Long story short the guy was persuaded to do the job as agreed.

That experience of being taken advantage of by a contractor is what led me to go into the business for myself. If I could help other homeowners like me from being burned by shoddy contractors then that was all of the motivation I needed. 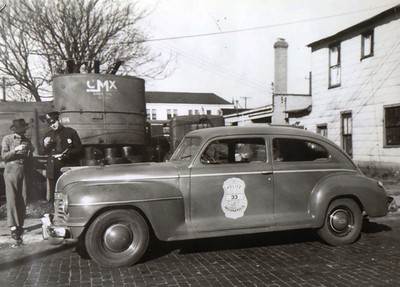 Imagine being able to call the police to have your contractor arrested if he burned you in this day and age. How great would that be! But times have surely changed since 1940’s small town America.

I am proud to say that my old school approach to the way I treated my clients and the way I ran my business has carried on from generation to generation. Never in my wildest dreams did I think I would ever live to see the day that my small, local company would grow to be a national force to be reckon with.

My family and I have lived and are still living the American Dream!

Thank You and God Bless America!

WINDOWS
ROOFING
OUR PRESIDENT
Thank You for the wonderful work and great customer service. We would be pleased to recommend your services.

Thank You for the wonderful work and great customer service. We would be pleased to recommend your services.
https://riskfreeroofs.com/testimonials/1120/
They did exactly what they said they were going to do. They were very courteous and very polite. They did a good job. Thank You!

They did exactly what they said they were going to do. They were very courteous and very polite. They did a good job. Thank You!
https://riskfreeroofs.com/testimonials/1119/
The fact that you did not request any money until 100% job completion was such a relief. In this day and age to find a contractor that you can trust was a breath of fresh air.

The fact that you did not request any money until 100% job completion was such a relief. In this day and age to find a contractor that you can trust was a breath of fresh air.
https://riskfreeroofs.com/testimonials/1121/
5.0
3
MORE REVIEWS >